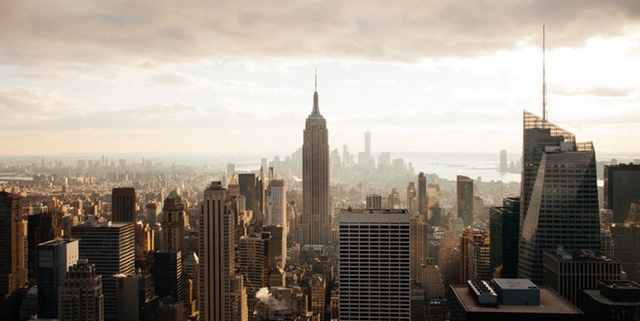 In a massive deal for co-working giant, WeWork, IBM just rented the entire 70,000 square feet of WeWork’s University Place in New York City. So the looming question is why? As a major leader for more than a century, shouldn’t IBM be able to manage its own office space? Sure. But it’s not 1945, and WeWork is offering IBM a few systems that the company can’t ignore

Flexibility: While we don’t know the terms of the deal, it’s likely that WeWork is offering significantly more flexibility to IBM than a traditional commercial lease. In fact, co-working is based on flexibility. So if IBM has to move a department out of NYC or lay-off 200 workers, they aren’t stuck with the cost of an empty office.

Talent: Young employees don’t want to be stuck in a dull, grey cubicle. And while those workers in their 40s might still tolerate the traditional office setting, the millennials simply won’t. They know that companies like Google and Uber have slick, comfortable working spaces. And if an employer can only offer bad coffee under fluorescent lights, the new and eager workers will go somewhere else.

Productivity: Yes, co-working spaces like WeWork can seem like a distracting environment. But the environment is also comfortable. So instead of stopping at Starbucks before work, employees will show up to the co-working coffee bar and get settled faster. And if they like where they work, they are much, much (MUCH) more likely to stay an extra 20 minutes at the end of the day to finish a project. Even better – the kids like to come in with Mom or Dad on the weekend because the office is filled with couches and café tables. (Plus great WiFi for Netflix.) Think about productivity hours for a company like IBM. If everyone starts to average an additional 25 minutes of work per day, then the 600 people in the WeWork/IBM building are cranking out 250 more work hours per DAY. That’s like 31 free employees working for the company simply because the employees like lemon water and soft lighting.

Co-working companies have begun a revolution. A century ago, businesses needed to eliminate harsh factory conditions and develop concepts like Lean Thinking to compete. And while the office cubicle of 1992 is hardly harsh, co-working is proving that desk-bound workers need an improved workplace to drive business forward.

Come See the Snacks at the Grind Coffee Shop